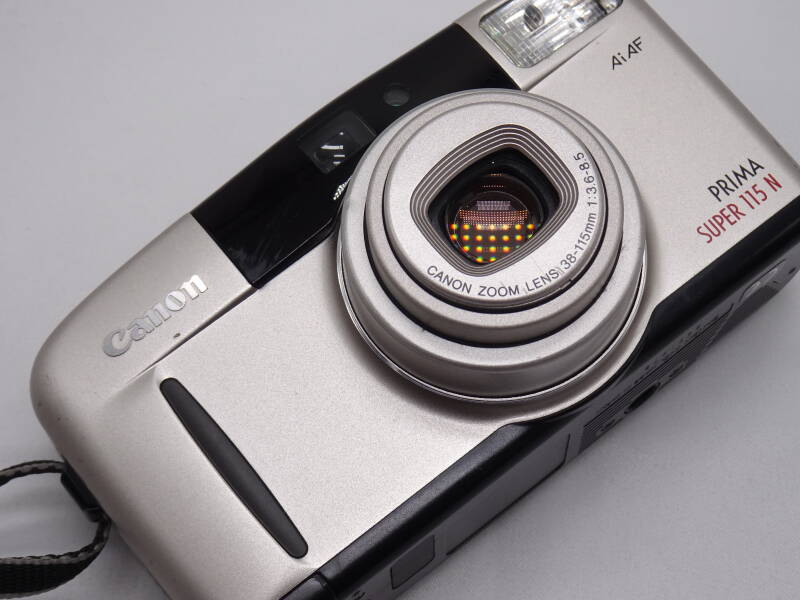 This is a 1993 compact 35mm model offered by Canon, under different branding for different markets (in order: the Americas, globally, and within Japan). It was part of a long series of consumer point & shoots from Canon. A newer revision of the camera was introduced in 1999 as the Canon Sure Shot Z115 Panorama (Caption)/Prima Super 115N (Caption)/Autoboy S XL.

The 3x zoom lens has a rather feeble f/8.5 maximum aperture at its 115mm telephoto setting; and the programmed exposure scene-mode dial would look right at home on a digital point & shoot from a decade later.