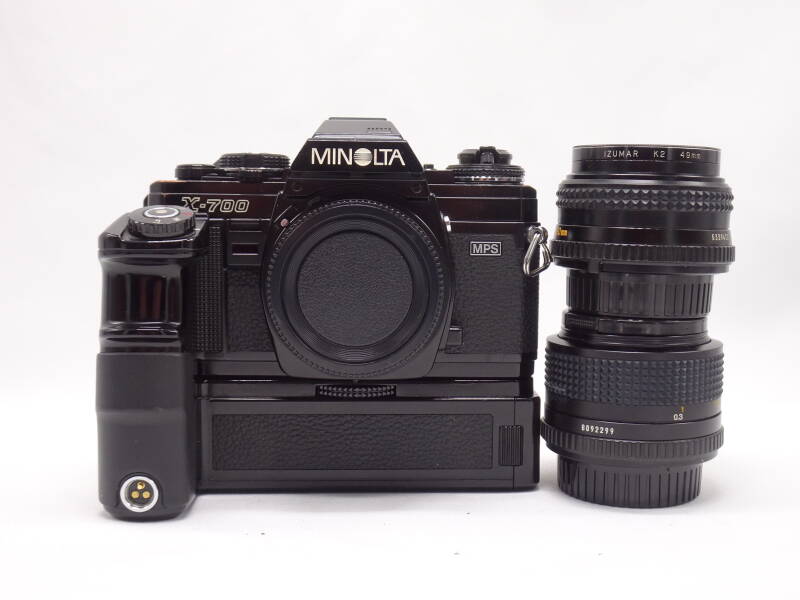 First manufactured in 1981, the Minolta X-700 is a single lens reflex camera. It has manual, aperture priority and programmed automatic exposure modes when used with MD lenses. MC lens can be used in aperture priority and manual modes. An immediate commercial success for Minolta, it was awarded the EISA "Camera of the Year" award in 1981 and was continually produced until 1999, well into the autofocus era. The camera is the last manual-focus camera body Minolta produced.

- Missing front piece on the motordrive

The camera in the photos is the camera you are purchasing. Example photos taken with this camera can be seen below. Film used: Fujifilm Superia 100