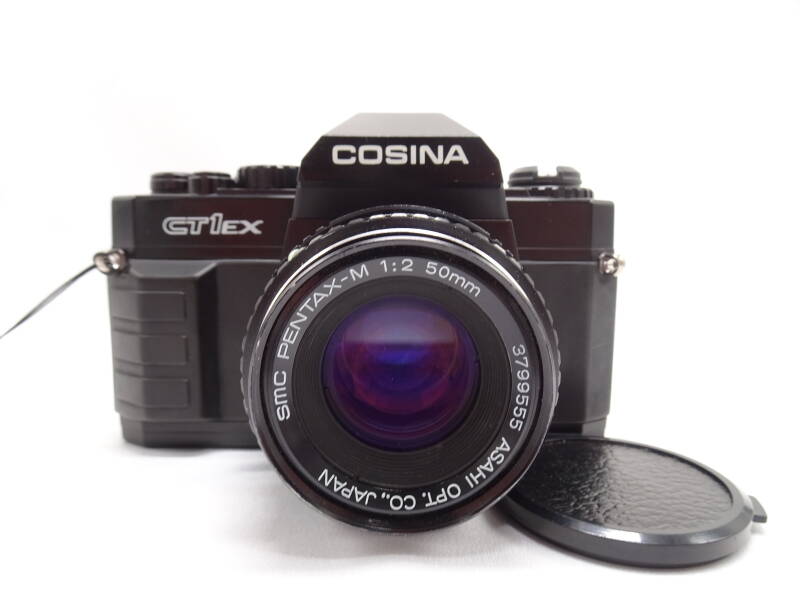 The CosinaCT1 EX is a continuation of the company's prolific CT-1 series of manual, K-mount, 35mm SLRs. It incorporates the ( + o - ) LED exposure-meter readout introduced in the CT-1A and the 1/2000 second top shutter speed introduced in the CT-1 Super. However like the CT-1G, the self-timer is omitted. Compared to those two models the styling has been slightly revised with a flatter handgrip and pentaprism cover.

- Lightmeter isn't the most accurate

The camera in the photos is the camera you are purchasing. Example photos taken with this camera can be seen below. Film used: Fomapan 100