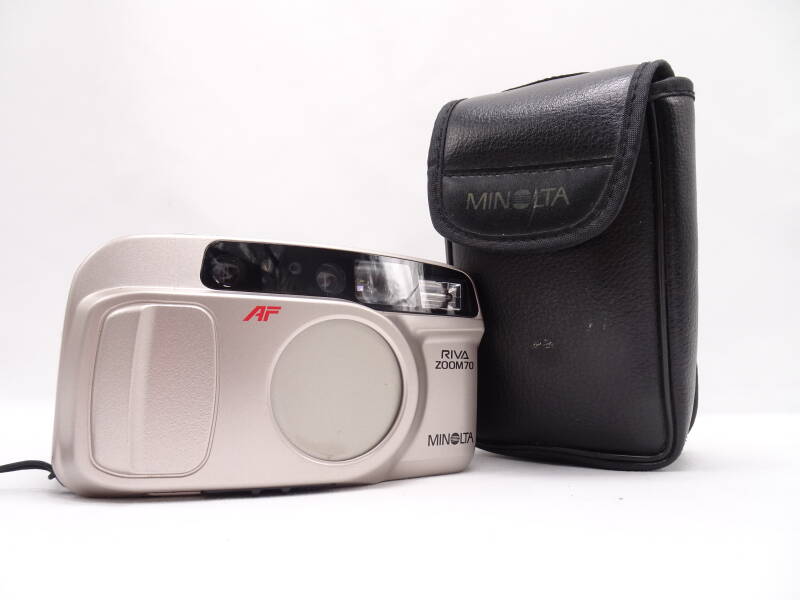 The Riva Zoom 70 is a 35mm autofocus compact camera from Minolta. A similar body version is also known as the Minolta Silver Streak Zoom and Minolta Freedom Sightseer Zoom.

There is an electronic self-timer with a delay of 10 seconds. DX encoded films can be used at speeds of 100, 200, and 400 ISO. The film automatically rewinds after the end of the roll. Mid-roll rewind is also possible. The non-coded film is set at 100 ISO.

It is powered by a single CR123A battery located on the right-hand grip area. The power lasts approx 15 rolls. The base has a tripod mount.

The camera in the photos is the camera you are purchasing. Example photos taken with this camera can be seen below. Film used: Expired Fujifilm Superia 200