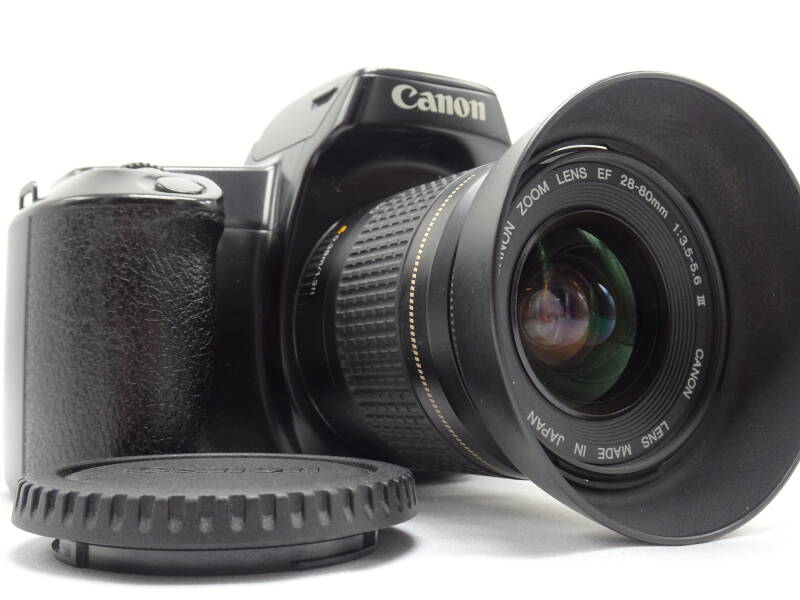 The Canon EOS 1000 dating from 1991-93 is a "prosumer" 35mm film SLR with auto-focus and auto-exposure. It was manufactured in Taiwan. The most basic version are available as the EOS Rebel in the Americas and EOS 1000 in Europe and elsewhere. The variations with built-in flash are known in the Americas as EOS Rebel S; in Europe and elsewhere as the EOS 1000F. The EOS 1000F QD-P is available in Japan and offers flash, QD date as well as a panorama function.

To make things even more confusing, date back version of the European and Japanese EOS 1000 (without flash) was known as EOS 1000 QD. European EOS 1000F (with flash) date versions are called EOS 1000F QD.