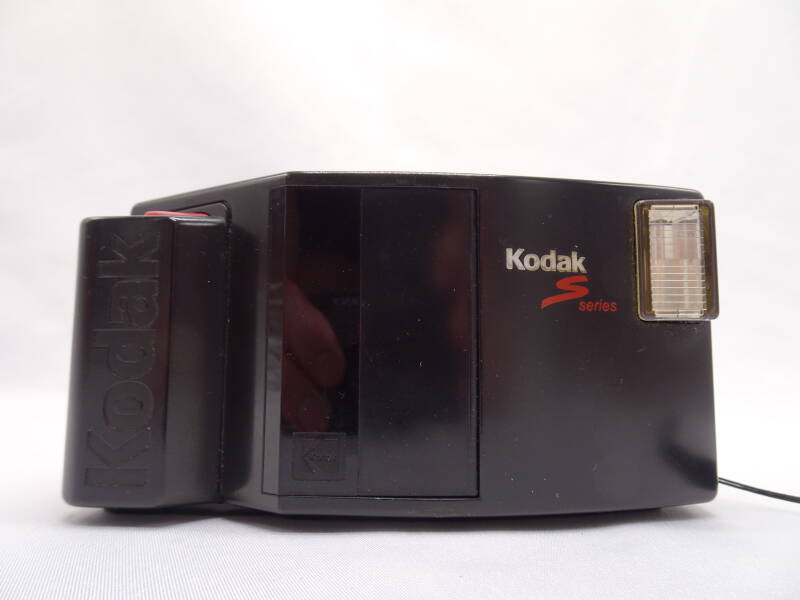 From the Kodak S-series point-and-shoot line, the S500AF had a 35mm f3.5 lens with autofocus, autoexposure and power winding. The camera was built in Brazil by Kodak Brasileira between 1989 and 1991.

The body has a sliding door to cover the lens, viewfinder and meter cell, and an LCD display on top for frame numbering and battery state. It uses 35mm film, which (unusually) is wound out of the cassette when the film is loaded, and returned, one frame at a time, as pictures are taken. It has no manual adjustments or overrides, and the film speed is set automatically via the DX code.

- Normal signs of use