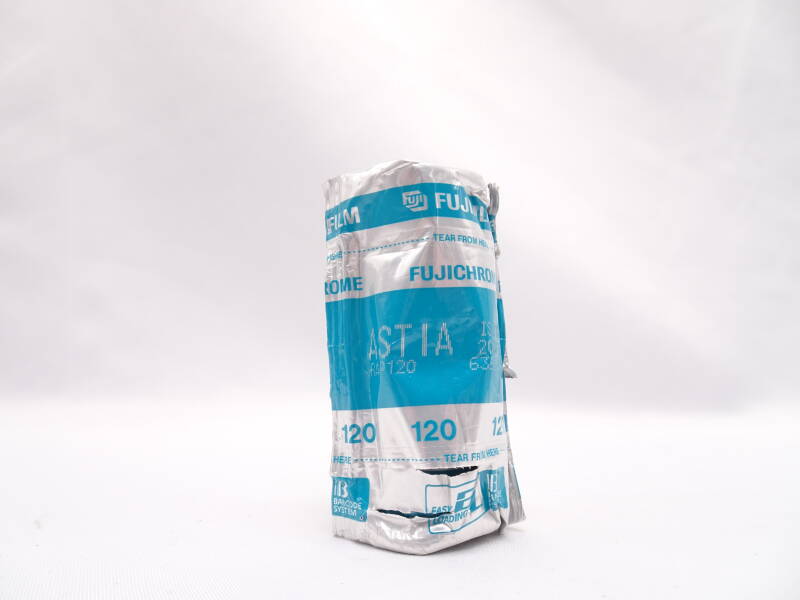 FUJICHROME ASTIA 100F Professional [RAP100F] is an ISO 100 daylight-type color reversal film for professional use. This film boasts smooth and natural skin tone reproduction from the highlights to the shadows and the finest grain of RMS* granularity 7 (as of April 2003). These characteristics provide the film with the highest level of color fidelity, making it ideally suited for fashion photography and portraiture that demand exquisite skin tones and faithful costume rendition.