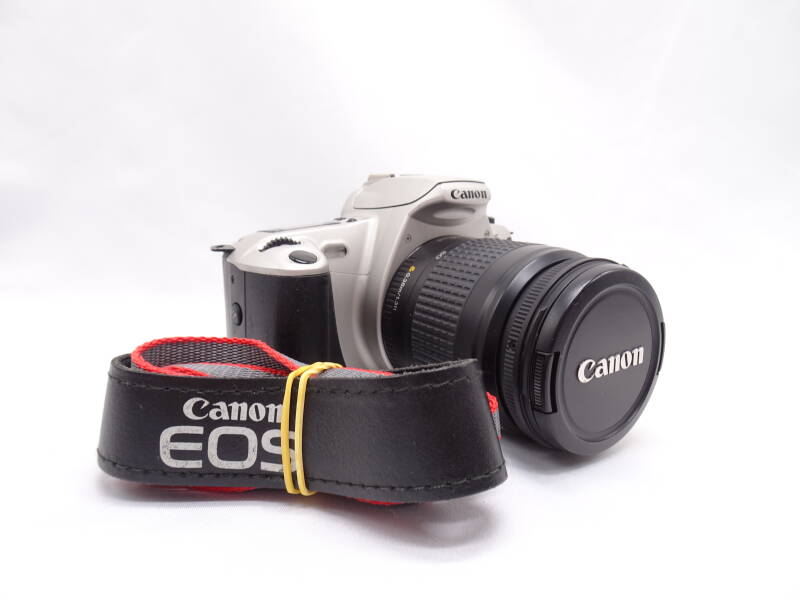 The Canon EOS 300 was introduced in 1999. The branding EOS Rebel 2000 was used in the North American market. Date versions are also available.

The camera was known as the EOS Kiss III in Japan. Similar to the previous Japanese distributed EOS cameras, they typically have the QD / Date feature standard, often with a panorama masked feature as well. This particular model also has a built in remote control sensor that is not present in American and worldwide models.