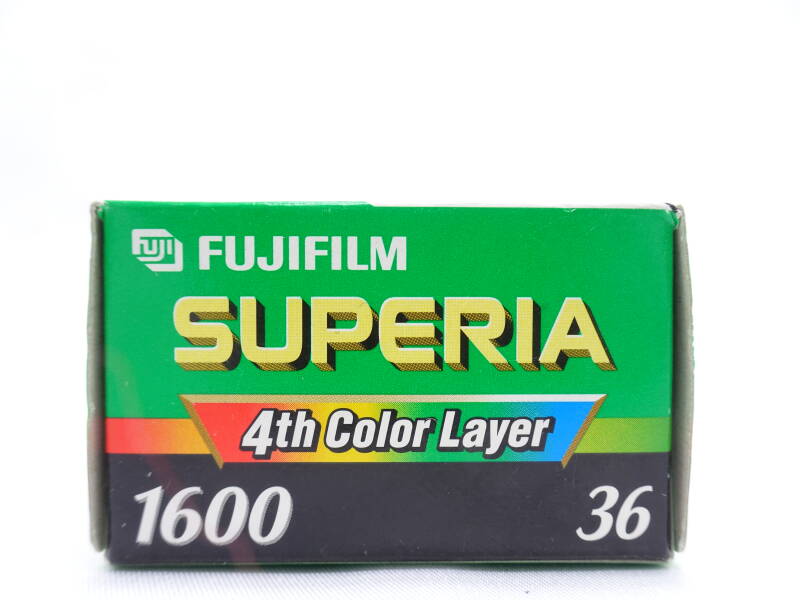 The fastest multi-purpose color negative film in the Superia line. Daylight-type ISO 1600 color negative film that incorporates 4th Color Layer and the newly developed Nano-structured Σ(Sigma) Grain Technology (Code CU). Aimed at use in compact zoom lens cameras and flash photography under low light conditions. Superia 1600 was discontinued outside Japan in 2016. Natura 1600 the Japanese market version, branded after the Natura range of compact cameras continued to be available, including as parallel import elsewhere although only as single rolls (multipacks discontinued October 2016). Full discontinuation was announced Oct 2017, stock lasted to May/June 18 in Europe (parallel imported), having sold out first in Japan. 135 format only.