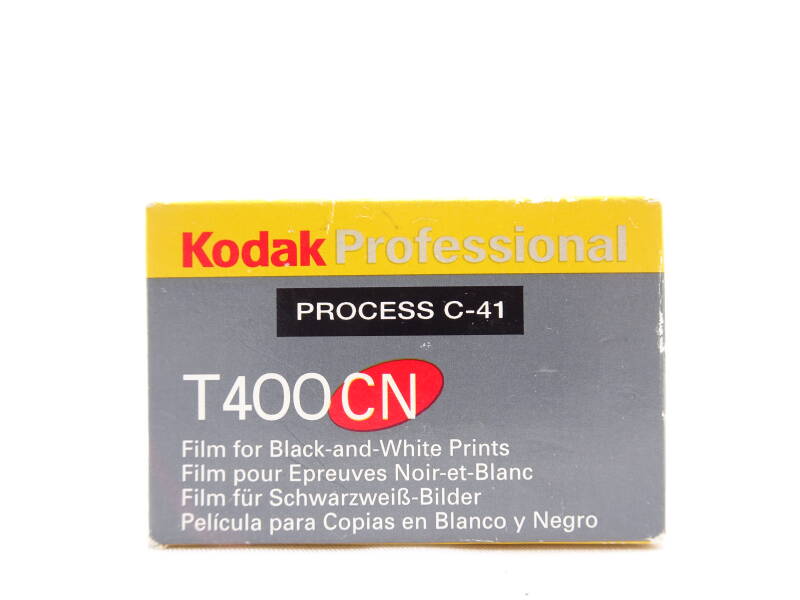 KODAK PROFESSIONAL T400 CN Film is a 400-speed, multi-purpose, black-and-white film designed for processing in Process C-41 with color negative films. The panchromatic film can be printed on either black-and-white papers or color negative papers. You can also make prints for short-term intermediate use on KODAK EKTAMAX RA Professional Paper. It was later replaced by Kodaks BW400CN film stock.

The film is intended for exposure with daylight, electronic flash, and artificial illumination. You can also obtain pleasing results under other light sources, i.e. illumination in stadiums, without using filters.

You can use filters when exposing this film to vary the tone and contrast. Results are similar to conventional black-and-white films.