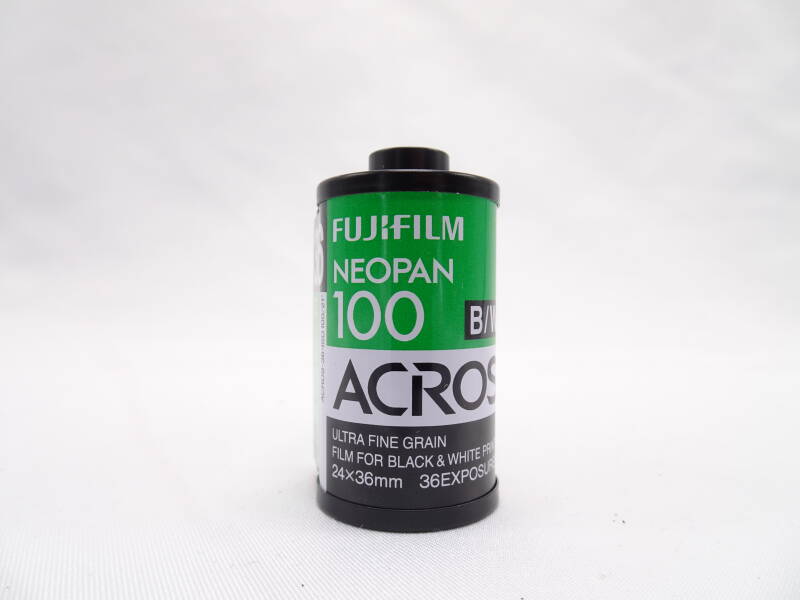 Neopan 100 Acros from FUJIFILM is an orthopanchromatic black and white negative 35mm film designed for general use in a wide variety of shooting conditions. It features a medium speed nominal sensitivity of ISO 100/21° when developed in standard black and white chemistry and exhibits a broad tonal range with a super fine grain structure and high sharpness. It also features excellent reciprocity characteristics, making it well-suited for long exposure use.