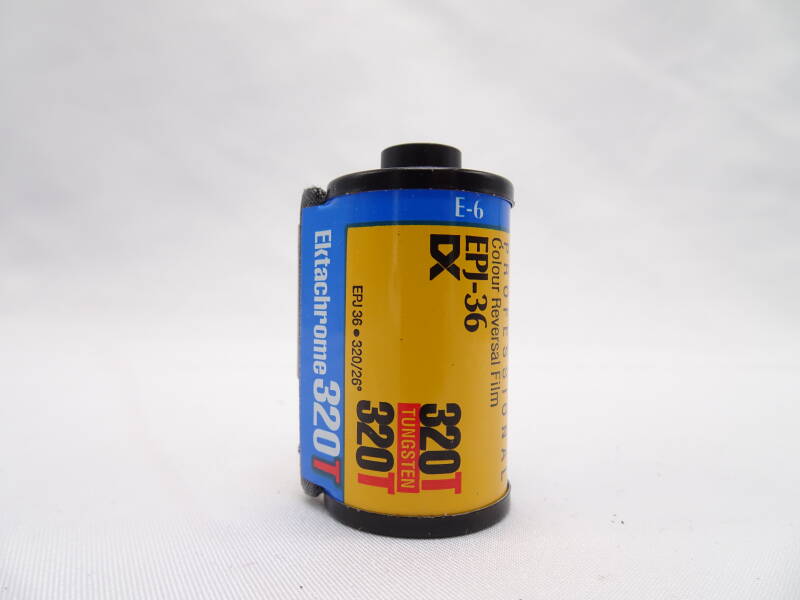 The Kodak Ektachrome 320T Professional (EPJ) is a slide film. It is a film for artificial light.

It is important to know that the white balance of photographic film is fixed and does not change automatically depending on the light, as is the case with modern digital cameras. If you now photograph with a daylight film in artificial light, you will not get correct colors. Therefore, tungsten film was developed with the white balance set to tungsten light (3200 K).

The film that was introduced in the 90s is no longer available today, nor is there an equivalent alternative to this film. The Ektachrome 320T was equipped with Kodak’s T-Grain technology.

The 35mm film was designed for photographing fashion, concerts and theatrical performances. In addition, photography on/for TV and film sets was seen as an area of use for Kodak’s Ektachrome 320 T EPJ. It is and was developed in the E-6 process for reversal films.

The “T” in Ektachrome 320T stands for Tungsten.