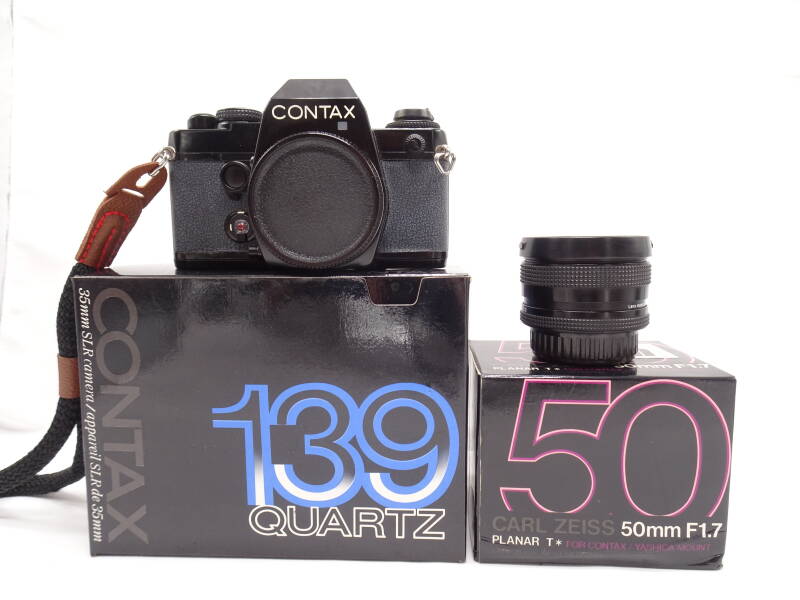 The Contax 139 Quartz is a 35mm SLR that was introduced in 1979 and manufactured up until 1987 with something over 200,000 being built in that time. It was manufactured by Yashica in Japan under licence to Zeiss. Yashica also manufactured the Yashica FX-D which was seen as a budget version of the 139 with less features but, in fact, was largely a completely different camera.

The camera in the photos is the camera you are purchasing. Example photos taken with this camera can be seen below. Film used: Kodacolor 200