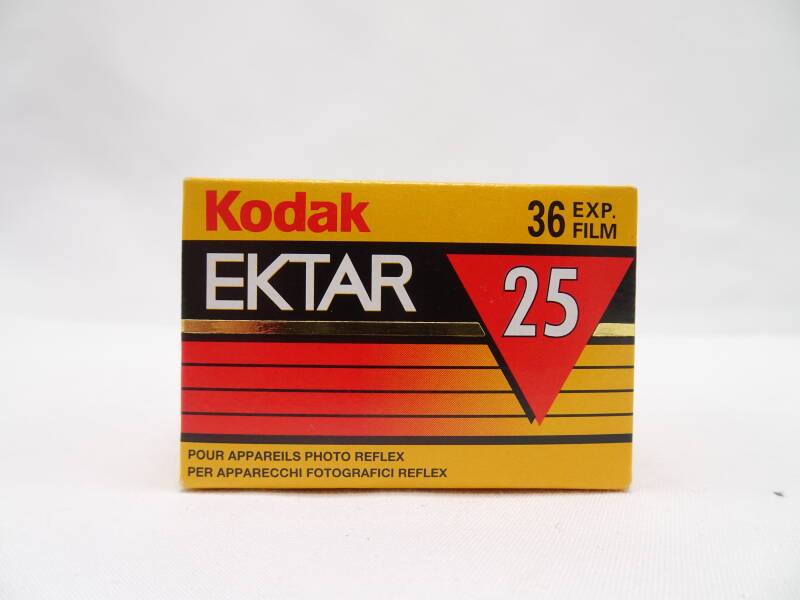 Ektar started as a color 35mm and 120 semi-professional film introduced by Eastman Kodak in 1989, which used the common C-41 process. It was designed to offer ultra-fine grain. It was manufactured in 25, 100, and 1000 ISO formats. 400-speed film was available until 1997. Poor market segmentation was cited as a factor in Kodak's decision to discontinue Ektar in 1994. The film was replaced by the Royal Gold line. The 120 version of Ektar was discontinued in 1997.