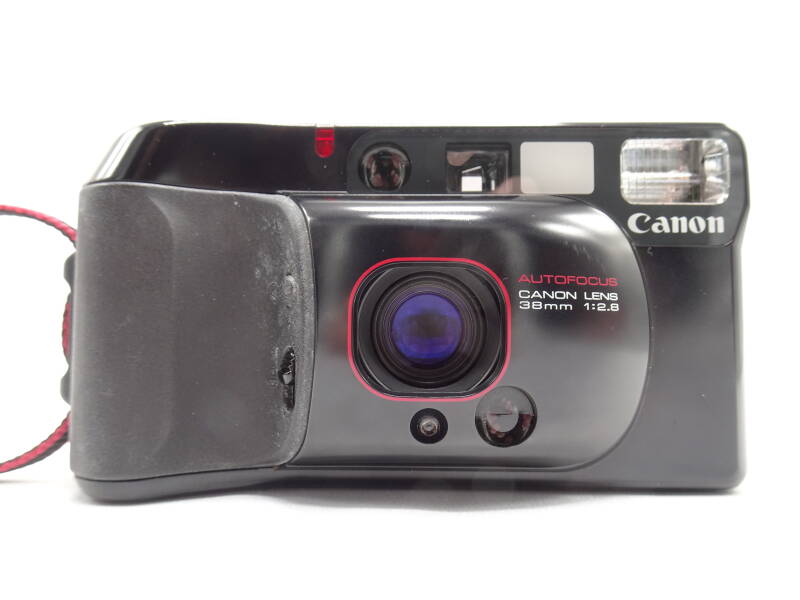 A 1986 model from Canon's phenomenally successful Sure Shot range, this compact 35mm film camera - known as the Top Shot in continental Europe and Autoboy 3 in Japan - was voted European Camera of the Year for putting some very advanced features into an ergonomic package at a reasonable price.

The slanted hand grip means the viewfinder can be held flush with the eye as fingers and thumbs aren't in the way. It's also comfortable for shooting one- or two-handed. A special feature is the tilting foot on the bottom of the camera, which allows you to place the camera on the floor while shooting upwards at an angle.

Example photos taken with this camera can be seen below. Film used: Fresh Fomapan 100