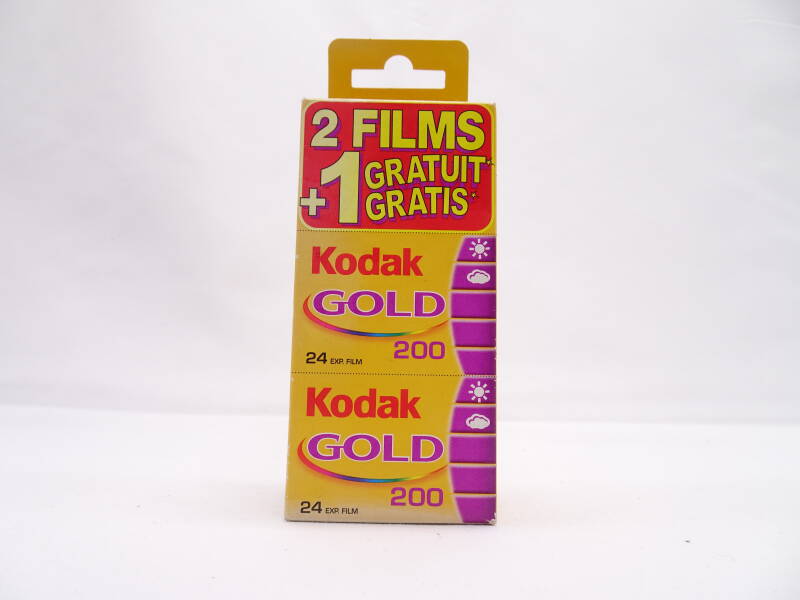 3 Rolls of film in original packaging!

Kodak Gold 200 is a film designed for the usual picture taking activities. It is a low speed film for outdoor use without a flash or indoor use with a flash. The color saturation, grain and sharpness make this film one of the greats!