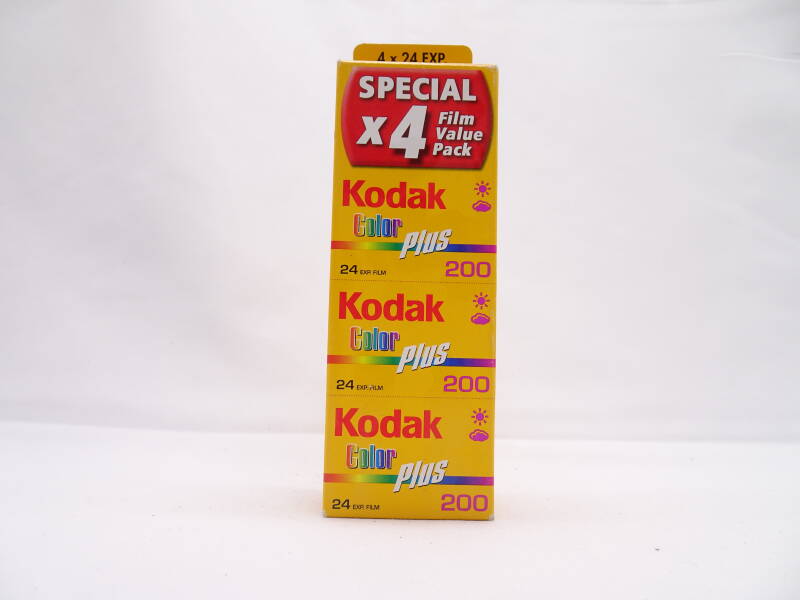 4 Rolls of film in original packaging!

This is a roll of 35mm Colorplus 200 Negative Film from Kodak. Kodak Colorplus 200 yields pleasing results under a variety of lighting scenarios. The film is characterized by a very sharp image with fine grain, natural color saturation, and wide exposure latitude. This is a general-purpose color-negative film that can be used for landscapes or portraits.