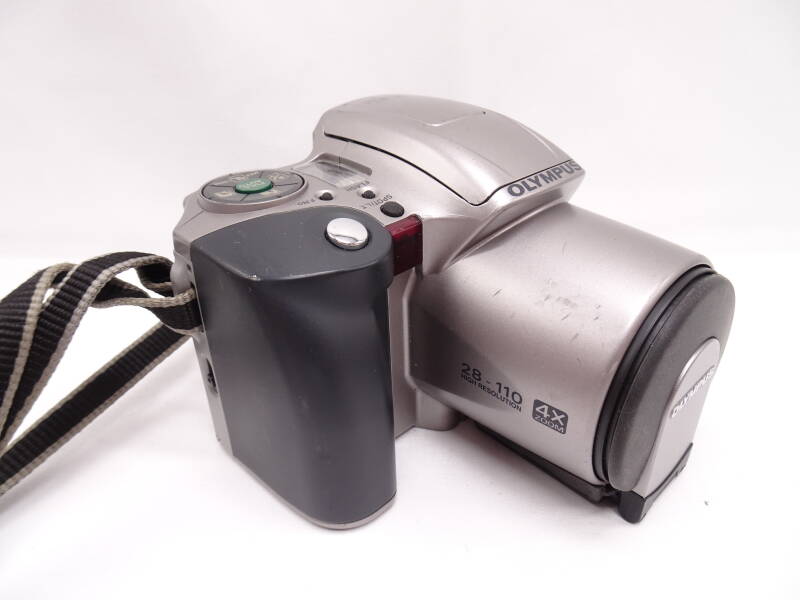 The iS series (also known as L series in Japan) was a range of compact autofocus SLRs with zoom lenses from Olympus. The lenses were not interchangeable, so the term "bridge cameras" was used to describe them - halfway between point and shoot and SLR cameras. Olympus referred to the range as ZLRs (Zoom Lens Reflex).

- Without case in 4/5 condition, some scratches on body

Example photos taken with this camera can be seen below. Film used: Expired Fuji Superia 200