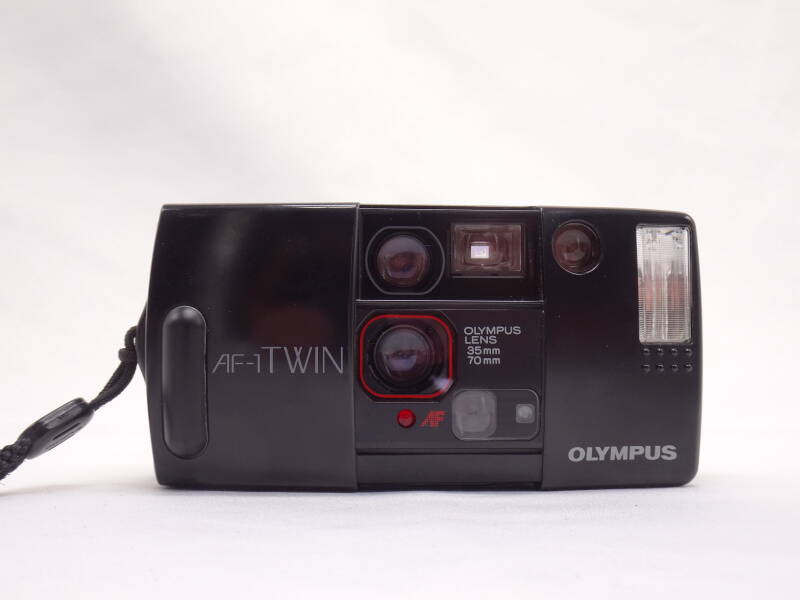 The Olympus AF-1 Twin (Infinity Twin in the US) of 1988 has a biaxial (two-lens) system so the user can switch between a 35mm wide-angle lens and a 70mm telephoto lens at the touch of a button. It also has the weatherproof design used on the other models in the Olympus AF series. The AF-1 Twin is the first model in the AF series with moulded plastic lenses; Olympus had to overcome moisture absorption (for a splashproof camera) and other issues. A Quartzdate model was available.

Example photos taken with this camera can be seen below. Film used: Fomapan 100